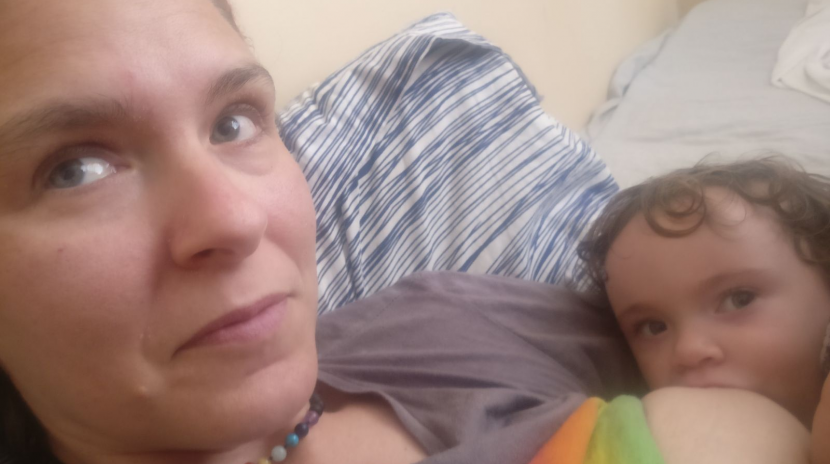 I was diagnosed with breast cancer whilst pregnant with my fifth baby. As I was pregnant, and breastfeeding my 4 year old, myself and medics presumed the growing lump to be a breast blockage or abscess. Unfortunately this turned out not to be the case. Chemotherapy would mean I would not be able to  breastfeed my new baby. I tried to make peace with this, but found it very difficult to   get my head around having breastfed 4 babies for a total of 12 years, two of which were tandem.

I had a scheduled caesarean section at 36+6 and was ‘allowed’ to feed on one side for one week. I was not allowed to pump as the oncologist seemed to think it would interfere with the treatment. I wanted the hospital LC to communicate with him and work out what I could do, if anything, to protect my supply with a view to resuming breastfeeding after the chemo, but I got nowhere with it.  I ceased breastfeeding the day prior to chemotherapy at one week post partum. I didn’t make enough milk in that first week unfortunately. We planned to use donor milk and had a freezer full of premature milk at the ready.  The hospital, however, did not want to use this and took my little baby, my only girl with four big brothers, to the Special Care Baby Unit (SCBU), and put her on formula that gave her a horrible rash. I tried to make her feed times day and night through debilitating anxiety and cancer related postpartum depression, but shamefully I didn’t even make the week. She had a couple of very good feeds in SCBU; I took photos, I knew she would have been an absolute champ at breastfeeding.

I bottle-fed her on her side, when indoors this was with the bottle propped across my chest and her at the top of my arm in the closest approximation of the snugly side lay feeding I could find. The bottles were narrow with anti-colic tubing and allowed for this. I hated seeing other people hold her face up and “pour” the milk into her; it just didn’t seem right to me. For at least 6 weeks following the birth she would root around my breasts, even biting my nipple through clothes as I held her a couple of times. I felt like she knew she was being denied something.

Despite a voracious appetite taking in up to a litre of early or prem milk per day, my baby’s weight had faltered. My partner is coeliac and our previous baby had had a dairy issue requiring me to stop taking it myself, so we did wonder if the donor milk could possibly be causing her some issue. However, there isn’t really a good alternative! She was also happy, active, sociable and ‘output’ appeared normal.

Unfortunately my mental health did not allow for great planning, and as I had been told not to pump by an oncologist I tried to put breastfeeding out of my mind. At 4 months with chemo behind me (and having been in contact with pharmacist Wendy Jones MBE), I latched her and on second go she took to it and spent almost half an hour suckling. But we were homeless and in night by night accommodation and I just wasn’t able to latch her frequently enough. I found at 6 months after her interest had dwindled considerably and I was able to start pumping, that I had no milk. It took perhaps 6 weeks of pumping, admittedly I struggled with nights, to see milk, and what I saw despite great effort and trying so many different things was minimal. I tried to latch her but by this point she would only take in a bait and switch type thing post bottle (at least I was in a good position for it!). Around the time a little milk appeared, my now 5 year old renewed his interest in breastfeeding and I hoped this would get me a supply going! I am not sure it actually helped much (he made more milk come but he also swallowed it better than my pump did). But he did however become happier and healthier for it.

Despite trying Domperidone, various herbal supplements, acupuncture, hypnotherapy, etc, the most I would pump per day was 4.5 oz (135ml). From the Facebook groups I am in this is rare, I do not know if my low output was from chemo, or what. I hadn’t pumped since my first baby, now 18 years old, was a newborn!. By this point she was a year and we had quit the donor milk on hunch it was causing excess mucus (and she refused even the bait and switch if she was snotty); and it seems this was correct. However she still viewed breastfeeding very suspiciously. Periodically I would try a supplemental nursing system setup and I still feel I should have persevered more with this, but she wasn’t keen on the tube at all. I also switched from feeding her with premmie to ultra premmie bottles to better approximate the slower flow at the breast. And throughout this time I had my partner watch breastfeeding YouTube videos with her. I found it awkward to and she also found it upsetting and tense at times, especially watching babies having trouble latching. I was with them watching a tandem newborn and toddler video, a happy occasion, and I looked her face and she seemed quite upset. I was just stunned. I had never seen her respond to anything on a screen with such a sad face. Whether from innate yearnings or something her parents had placed in her, we were sure she genuinely felt very confused and upset about this breastfeeding thing. I doubted myself so much. As she went over a year it seemed unlikely anything much would change with regard to my supply or her breastfeeding from source and yet — over the summer with me and her often topless, she began to open mouth kiss my nipples and give love bites….

One morning, at 14 months, I saw she hadn’t finished her bottle of mama milk, having slept through, and I gave her the ounce and she wanted more. Her brother was latched and I said “the milk is in there, if you want it, you get it” and offered her the breast. She took it! She stayed latched on and off and with a truly worrying and painful latch for half an hour. She actually loves breastfeeding now and she barely looked back. After a few days we removed the night bottle. She does like water in the night as my supply is obviously not so refreshing. Otherwise she breastfeeds in the night, in the morning (when there is ‘lots’ of milk) to go down for naps and to wake up from naps, when she hasn’t seen me in a while, or just whenever really, in the carrier she reaches down to feel my breasts especially if she is worried. I am just astounded at how like a regular breastfeeding near toddler she looks. After the first couple of days with horrid latch and much nipple twiddling and sticking fingers in my mouth (breastfeeding baby things she hadn’t really done before, she settled greatly.) I actually think the lack of milk helped her latch, as she had to suck properly to get anything! I am sure she is laughing more and seems more relaxed but that could be a developmental leap. I hope this helps my milk supply (I emailed Jack Newman and one point “anything can happen” if you get the baby back to the breast basically summed up his position) and her growth and health but I believe it has at least been healing for us and it sure beats exclusively pumping for 4.5oz a day!

For anyone wondering, it appears from imaging that I had a “complete response to treatment” so I decided to keep my affected breast. This is against medical advice, however, there is currently a Mayo Clinic trial for women with the cancer I had who have a biopsy confirmed complete response and keep their breast; a medic let this slip in discussion. So it does appear there is a precedence for such a choice. 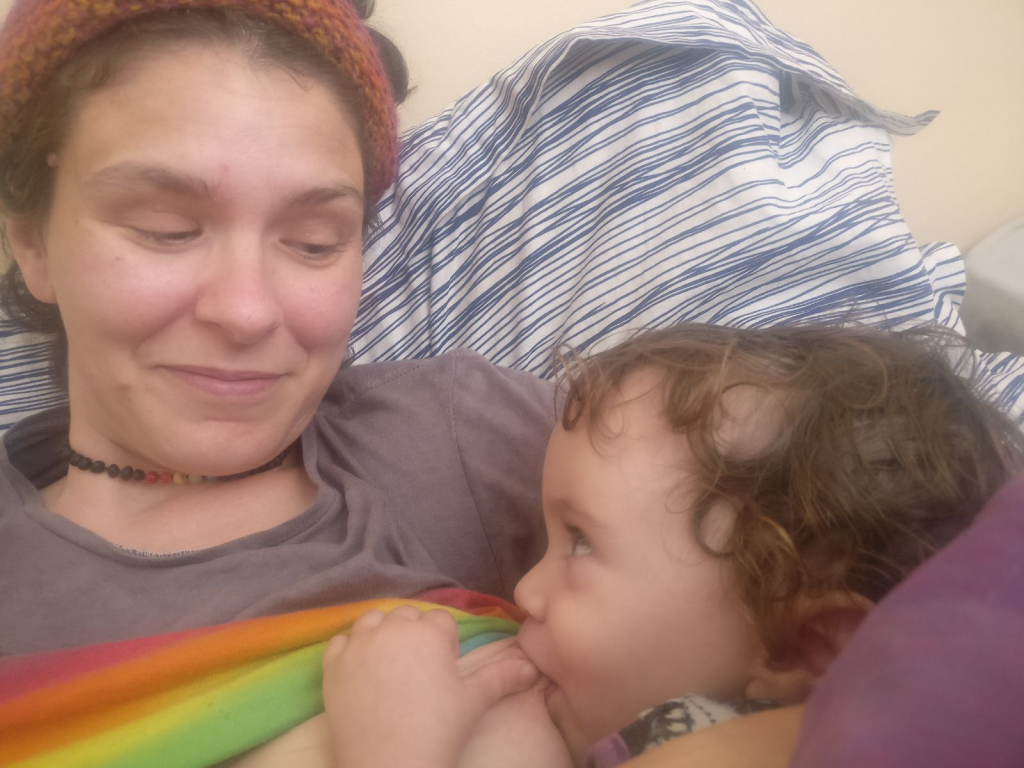